Synchro History:  I am the second oldest coach in the club and I started helping poolside in 1989, when my youngest daughter joined my eldest and took up synchro. As the years went by, I took coaching and judging courses, so now I am a Level 2 coach and a Basic Judge.  When they changed grades to skills, I trained to be an Assessor and now I am an Advanced Assessor. A lot of our coaches belonged to the other Portsmouth club, but we had a major difference of opinion, so decided to start up our own club in January 2012, and PADS was born! We are proud of our club and thank all those who came with us and helped to set up and run the club!

Occupation:  I retired in 2011 after spending almost the whole of my working life in the NHS.  I worked in clerical/admin capacity in Community, Personnel and finally nearly 34 years in General practice in Somerstown Heath Centre, which I loved!

Family:  I have two daughters, both of whom did synchro.  My eldest Lindsay, who is Head Coach, still swims for the masters team.  My other daughter Natalie, swam for GB in the Junior World Champs in Moscow in 1997.  Both my daughters have represented Hants County and the Southern Counties in synchro and Lindsay has also bee team coach for the county.  I also have a grandson and two granddaughters who do synchro.

Other Interests: Obviously synchro is my main hobby, as I absolutely love it, but I also enjoying watching all sports, especially those that use music, e.g. Ice Skating and Rhythmic Gymnastics. Both my girls did gymnastics and I love to watch the women's and men's gymnastics. I also love eating out and going to the theatre, especially to see musical theatre. I enjoy reading, listening to music and swimming. 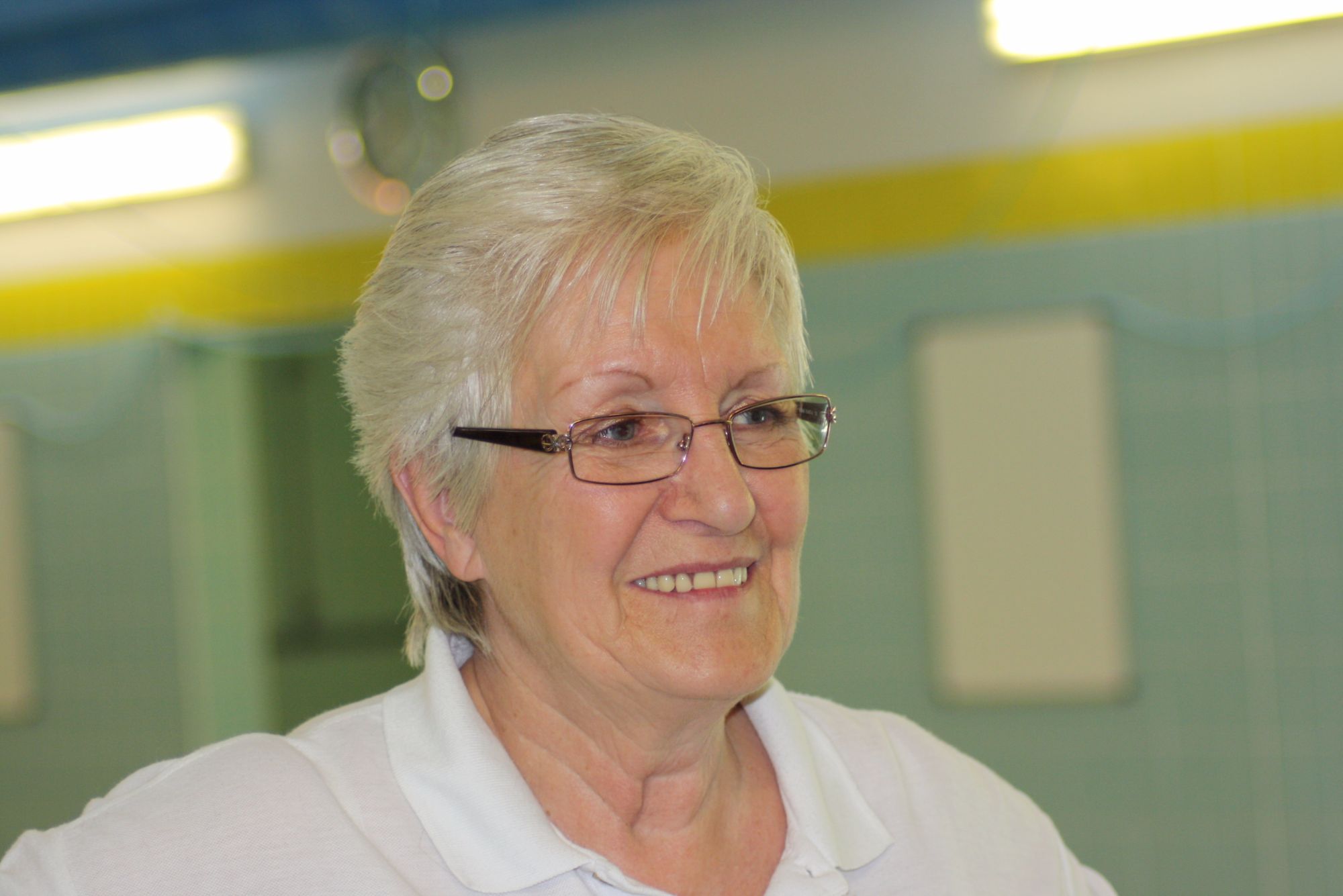